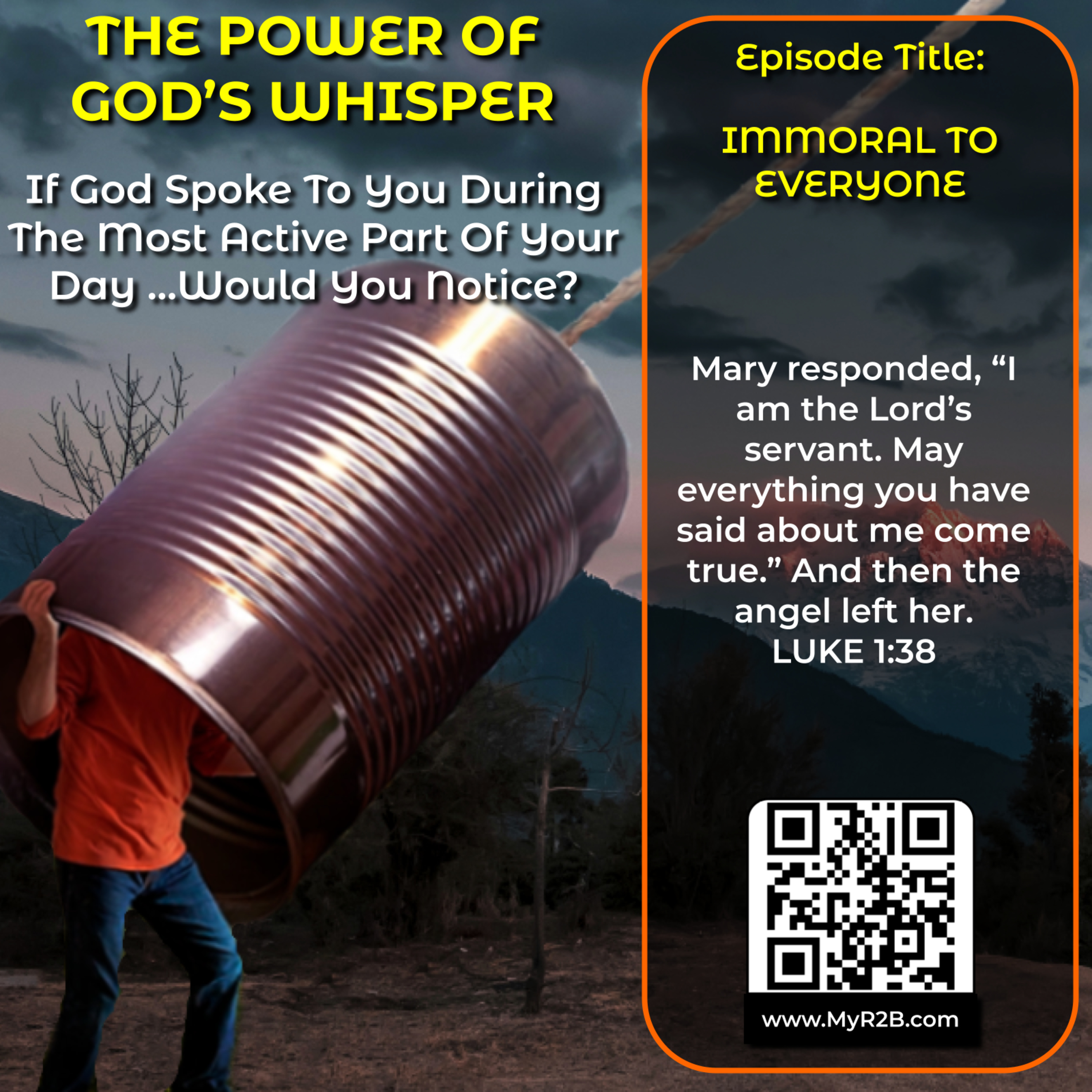 TITLE: IMMORAL TO EVERYONE

VERSE: Mary responded, “I am the Lord’s servant. May everything you have said about me come true.” And then the angel left her. LUKE 1:38

What a crazy time in Mary's life.

She probably had dreams about marriage and family, like most girls do, but she didn't expect it to involve a scandalous pregnancy that would appear immoral to everyone around her.

What was she thinking when the angel told her she would conceive God's Son by His Spirit? The honor and privilege could not have escaped her, but neither could the potential shame in the eyes of her family and community. How could she explain a once-in-forever phenomenon and expect people to believe her? Most wouldn't. She would begin her marriage to Joseph with a child on the way. And she wouldn't be publicly vindicated until several decades had passed and it became clear who Jesus was.

It’s hard to understand how Mary could have accepted such an assignment with no complaints. It was certainly a great sacrifice, and she must have been overwhelmed by the enormity of it all. But that’s just it: she was willing to do whatever God asked of her. Being chosen by God usually involves both an immense privilege and a great sacrifice, and many of us focus on the latter rather than the former. But Mary embraced the news that this assignment was given to her because she was highly favored. And this response gives us a glimpse into why she was chosen. She was ready to serve God in whatever instructions He gave.

It is easy to miss important things when you are too busy trying to figure out the details of life. But there is no better illustration of how to listen to God than this. He loves to hear a heart say “yes” before it understands the details, even when He upsets our plans with something bigger and stranger than we can grasp. Mary could not possibly have envisioned all that the rest of her life would entail, but she didn’t need to. God favored her with His plan, and her answer demonstrates why. She accepted the impossible simply because it was God’s word.

Father, may everything You’ve said about me and to me, from all eternity past until now, come to pass exactly as You have said. I accept it —even before I know it and understand it.