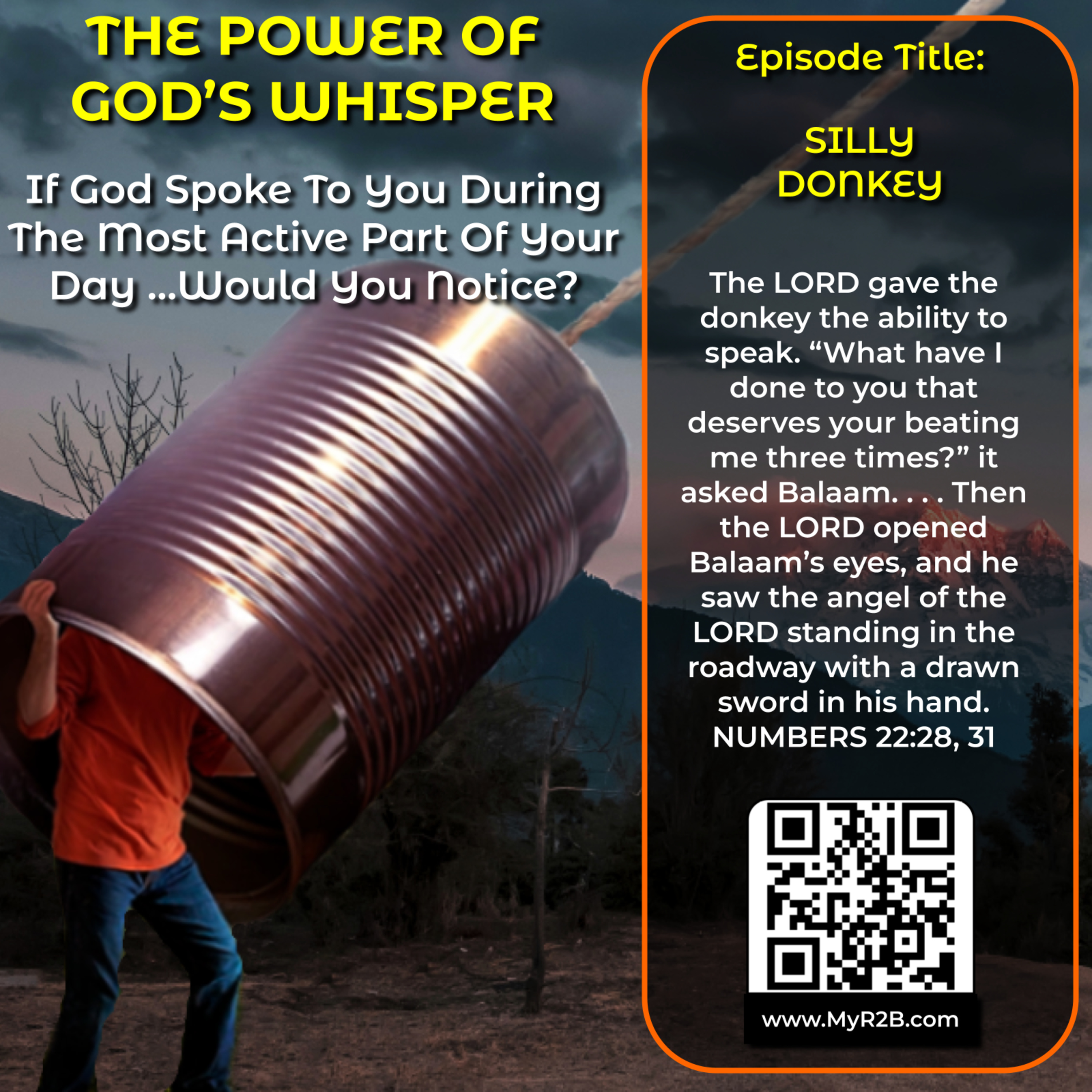 VERSE: The LORD gave the donkey the ability to speak. “What have I done to you that deserves your beating me three times?” it asked Balaam. . . . Then the LORD opened Balaam’s eyes, and he saw the angel of the LORD standing in the roadway with a drawn sword in his hand. NUMBERS 22:28, 31

The story of Balaam, who was hired to curse the Israelites, is a powerful illustration of how God will go to extreme measures to get our attention.

The donkey was a stubborn beast. It was not in the habit of listening to Balaam, and it certainly wasn’t about to start that day. So when Balaam approached, the donkey simply stopped, refusing to move another inch.

Balaam struck it repeatedly with his staff, but still, he got no response from the stubborn animal. He hit it even harder this time—and still, nothing happened! He struck again and again, until finally… he fell off his donkey!

It was at this moment that God opened Balaam’s eyes so that he could see what had been happening all along: an angel blocking the road! Balaam immediately fell down on his face before God and begged for forgiveness for what he had tried to do. And then God opened the donkey’s mouth too!

If you think God can't speak through a donkey, then you're forgetting that He created the universe in six days and can do anything He wants at any time through any means.

If He can speak the world into being by the sound of His voice, everything else is simple. A donkey talking for a few seconds? Not a problem. And more than a little humorous.

The truth is that God can speak through anything—and if He's speaking to you through something as simple as a silly donkey, then why not just listen?

If you are ever tempted to make fun of someone who has a message that seems like it's coming from a place of confusion or incompetence, remember this: God doesn't always use the most eloquent people to get His word out.

In fact, He often uses people who don't even know they're being used by Him.

If you've ever struggled to hear God's voice through a high-profile speaker or a powerful and popular book, He is asking you to strain for Him in other ways as well. Specifically, He is testing your ability to hear Him through that awkward misfit in the congregation or a grossly misspelled quote on Facebook.

If we tune out the unlikely—the crude messengers in our lives—we are unlikely to hear Him even in the obvious (as quite a few people in and around Bethlehem and Galilee found out during the time of Christ). The medium isn't the issue; the voice is. Listen everywhere!

Lord, there is no such thing as “unlikely” with You. I don’t care to be impressed by the medium. I simply need You. Test my hearing however You choose —even if You have to open the mouth of a beast.